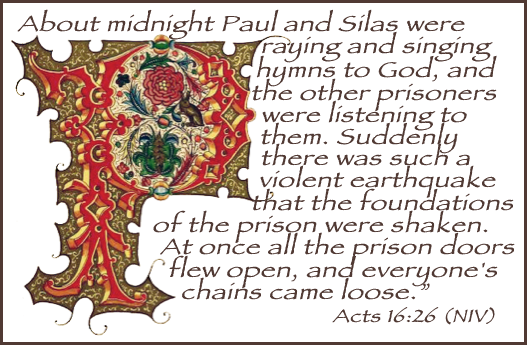 About midnight Paul and Silas were praying and singing hymns to God,

and the other prisoners were listening to them.

Suddenly there was such a violent earthquake that the foundations of the prison were shaken.

At once all the prison doors flew open, and everyone’s chains came loose.

This morning I was continuing my reading through the book of Acts. What amazing accounts of the early church’s engagement in culture! Not only their engagement, but the radical difference they made in individual lives and entire communities. How did they do it?

I’m sure there are many other points that could be added, but I want to encourage you in these unsettled times that ‘nothing has changed!’ As Jesus followers we have the same call. May we all be as faithful as the early church.

← We have been DECEIVED Men shall arise speaking perverse things →