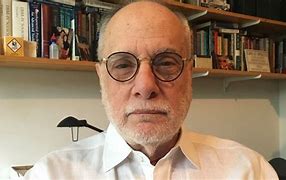 Ken Zucker is a psychologist at the Clarke Institute (aka “Jurassic Clarke”) in Toronto. Zucker is famous for forcing gender-variant children into reparative therapy to conform to his expectations for male and female behavior in children. He considers transsexual women a “bad outcome” for gay men.

Zucker is a darling of the “ex-gay” movement because of his work “curing” gender-variant children. Here is a piece featuring his work via ex-gay group NARTH (National Association for Research & Therapy of Homosexuals):

Zucker promotes his NARTH-like notions of reparative therapy for kids with gender variance, reviewed here on another ex-gay site:

As the rest of the world begins to understand and accept gender variance as a difference and not a disease, Zucker is increasingly cast as the old-school holdout in press coverage.

Dr. Kenneth Zucker, a psychologist and head of the gender-identity service at the Center for Addiction and Mental Health in Toronto, disagrees with the “free to be” approach with young children and cross-dressing in public. Over the past 30 years, Dr. Zucker has treated about 500 preadolescent gender-variant children. In his studies, 80 percent grow out of the behavior, but 15 percent to 20 percent continue to be distressed about their gender and may ultimately change their sex.

Dr. Zucker tries to “help these kids be more content in their biological gender” until they are older and can determine their sexual identity — accomplished, he said, by encouraging same-sex friendships and activities like board games that move beyond strict gender roles.

Zucker’s buddy J. Michael Bailey summarized Zucker’s ideas in the defamatory book The Man Who Would Be Queen:

Zucker thinks that an important goal of treatment is to help the children accept their birth sex and to avoid becoming transsexual. His experience has convinced him that if a boy with GID becomes an adolescent with GID, the chances that he will become an adult with GID and seek a sex change are much higher. And he thinks that the kind of therapy he practices helps reduce this risk. Zucker emphasizes a three-pronged treatment approach for boys with GID. First, he thinks that family dynamics play a large role in childhood GID—not necessarily in the origins of cross-gendered behavior, but in their persistence. It is the disordered and chaotic family, according to Zucker, that can’t get its act together to present a consistent and sensible reaction to the child, which would be something like the following: “We love you, but you are a boy, not a girl. Wishing to be a girl will only make you unhappy in the long run, and pretending to be a girl will only make your life around others harder.” So the first prong of Zucker’s approach is family therapy. Whatever conflicts or issues that parents have that prevent them from uniting to help their child must be addressed.

The second prong is therapy for the boy, to help him adjust to the idea that he cannot become a girl, and to help teach him how to minimize social ostracism. Zucker does not teach boys how to walk in a manly fashion, but he does give them feedback about the likely consequences of taking a doll to school.

The third prong is key. Zucker says simply: “The Barbies have to go.” He has nothing against Barbie dolls, of course. He means something more general. Feminine toys and accoutrements—including Barbie dolls, girls’ shoes, dresses, purses, and princess gowns—are no longer to be tolerated at home, much less bought for the child. Zucker believes that toleration and encouragement of feminine play and dress prevents the child from accepting his maleness. Common sense says that a boy who wants to play with dolls so much that he is willing to risk his father’s wrath and his peers’ scorn is unlikely to change his behavior due to inconsistent feedback, sometimes forbidding, sometimes tolerating, and sometimes even encouraging it. Inconsistent parenting like this is ineffective in stamping out any kind of unwanted behavior.

Failure to intervene increases the chances of transsexualism in adulthood, which Zucker considers a bad outcome. … Why put boys at risk for this when they can become gay men happy to be men?

Zucker found several predictors of adolescent GID: lower IQ, lower social class, immigrant status, non-intact family, and childhood behavior problems unrelated to gender identity disorder. Obviously, none of these factors can be considered very specific. Parental divorce and low social class are both very common, and most males who experience them do not become transsexual. The factors do, however, suggest a common theme: early adversity. I will speculate later about what this might mean. When I have discussed the theory that homosexual transsexuals are a type of gay man, I have met resistance. I was surprised at this, for the idea is neither new nor, it seemed to me, controversial. Some of the resistance was emotional. People who believe that homosexuality is not a disorder tend to dislike the implication that a subset of homosexuals are disordered.

Zucker was listed on a show about homosexuality with J. Michael Bailey and his usual suspects. Bailey replaced Zucker as an officer at the International Academy of Sex Research, publishers of the Archives of Sexual Behavior. This publication is the source for nearly all problematic “science” produced on gender variance in the English language.

The Sex Files
HOMOSEXUALITY
IN THIS EPISODE

Why are some people gay? That’s the $64,000 question – at least in the scientific community. Is it something genetically predetermined? Or does environment have an impact on whether an individual turns out to be gay or lesbian? These questions are beginning to be probed in ways that might finally be leading to an answer, and the Sex Files has interviewed the foremost authorities on the topic to uncover some of those scientific clues:

Dr. Ken Zucker, head of the Child and Adolescent Gender Identity Clinic at the University of Toronto’s Clarke Institute of Psychiatry

Dr. Ray Blanchard, head of the Clinical Sexology program at the University of Toronto’s Clarke Institute of Psychiatry

Dr. Michael Bailey, professor of psychology at Northwestern University in Illinois and specialist in the genetics and environment of sexual orientation

Dr. Marc Breedlove, professor of psychology* specialising in the sexual differentiation of the brain.