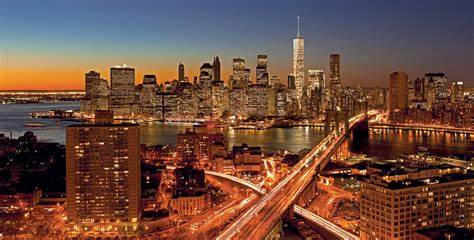 For over 50 years, Dr. Dovid Schwartz has served thousands of patients. In all those years, no government ever tried to censor his private conversations with those patients.

But in 2018, a New York City law went into effect that tried to do exactly that. Thankfully, on September 25, 2019, New York City passed a bill repealing the law. The Mayor is expect to sign that repeal. When he does, this will be a huge win for free speech for all citizens, for people of faith, and for psychotherapists and counselors like Dr. Schwartz.

The New York City ordinance censored what therapists can say as they work with their patients in a one-sided way. While it allowed counselors to help a patient explore, develop, or gain comfort with same-sex attraction or transgender identity, it made it illegal for a psychotherapist or counselor to work with patients to address unwanted same-sex attractions or confusion over gender identity.

This would have been a serious problem for Dr. Schwartz.

Dr. Schwartz is a member of the Lubavitcher Orthodox Jewish Community in Brooklyn. The majority of the clients he works with share his faith. He walks with patients through all kinds of struggles from addiction to anger to family issues. Most clients who share Dr. Schwartz’s Orthodox Jewish faith are looking for help to live lives consistent with the teachings of their faith. By simply having a conversation with his patients—and offering some suggestions—a number of them have pursued and achieved their personal goals.

But, because of the New York City law, if any of these individuals came to Dr. Schwartz asking him to help them to move away from same-sex attraction, he was left with a choice of turning them away, or facing fines of up to $10,000 per patient.

That is a blatant violation of Dr. Schwartz’s First Amendment free speech rights. Not only that, but the ordinance denied his patients the help of skilled professionals such as Dr. Schwartz as they pursued the lives they want to live—lives consistent with their religious beliefs.

Dr. Schwartz didn’t feel he could stand by and tell his patients he cannot help them or that there is no hope. So he challenged this unconstitutional ordinance in court.

No government should be able to censor speech with which it disagrees. That’s the most elementary principle of free speech. And the government certainly does not belong in a therapist’s office. This law would have censored speech between counselors and their adult patients, like Dr. Schwartz and his clients.

As the Supreme Court recognized in its NIFLA v. Becerra decision, “the people lose when the government is the one deciding which ideas should prevail.” All Americans, secular and religious, deserve the right to hold private conversations with the trusted counselors they choose, free from government censorship.

New York City’s repeal of this law is the right thing to do, and it is an important victory, not just for Dr. Schwartz and his clients, but for every American’s free speech.

What you stand for is what defines you

Across the U.S., female athletes like Selina Soule and Alanna Smith are being forced to compete against biological males. Activists are pushing schools and athletic associations to adopt harmful polices that allow male athletes who identify as girls to compete in high school women’s sports. This isn’t “progress.” And it’s not fair. These policies violate Title IX, which is designed to protect women’s equality in education and sports. And they rob girls of scholarships, athletic opportunities, and dreams of competing at the next level.

We must stand with athletes like Selina and Alanna. We can no longer remain silent.

It is time to unite as a single voice to boldly proclaim what we stand for.