The Empirical Case against “Conversion-Therapy” Bans 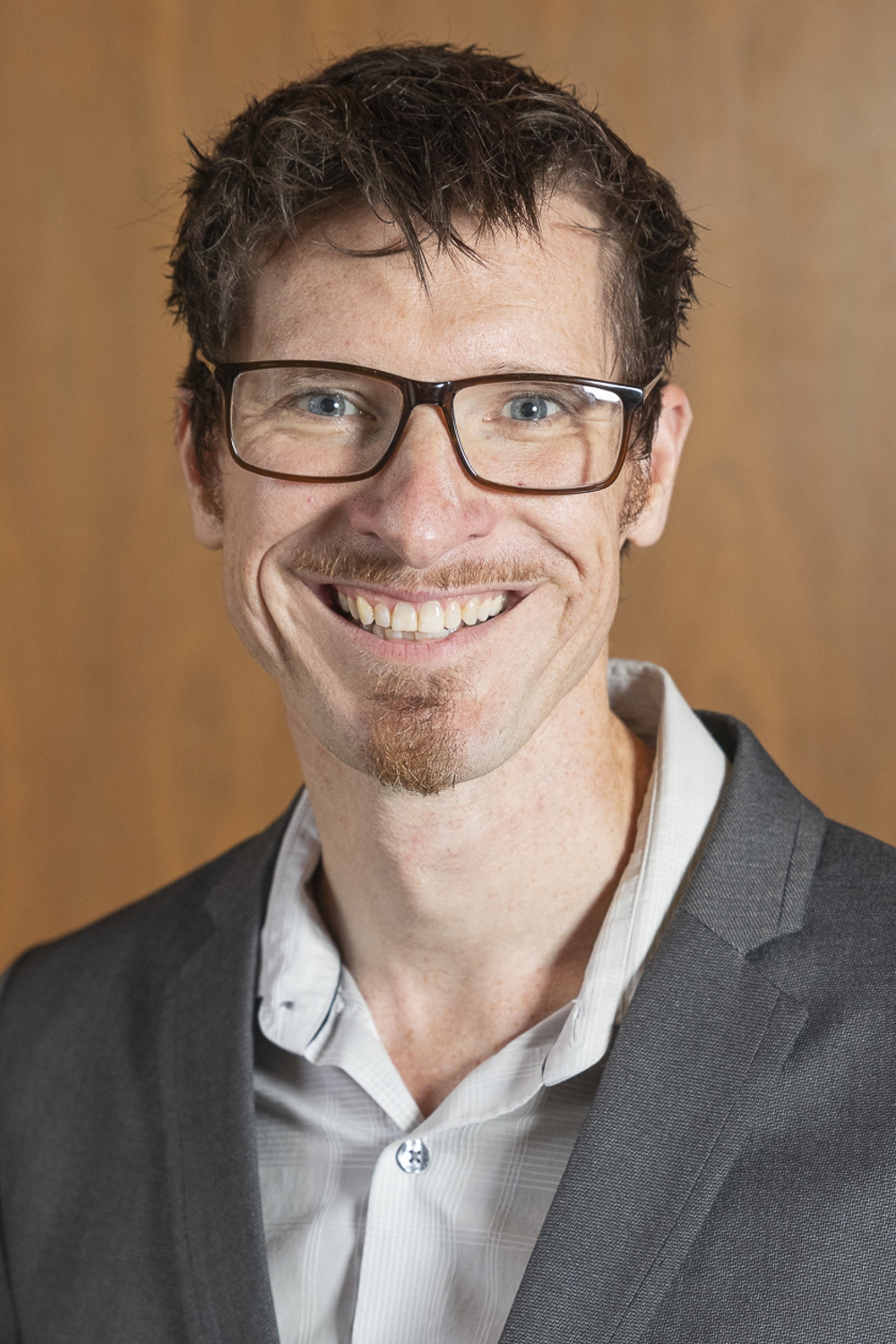 The Empirical Case against “Conversion-Therapy” Bans

Research over the last decade has solidified the finding that sexual minorities are far more likely to have faced adverse experiences during childhood—experiences that they ought to be able to explore in therapy.

Currently a bill to ban “conversion therapy” is being considered in the Canadian Senate (Bill C-8), as well as in multiple states in the US. Unfortunately, in most cases there is tremendous ambiguity about which practices and services are being prohibited, which obfuscates a multitude of problems: the endangerment of previously established legal rights for individuals to choose health treatments, the removal of the professional autonomy of doctors in providing treatment according to their expertise, the question of whether “sexual orientation” includes pedophilia, and the controversy surrounding medical transition for gender identity.

This last concern relates to the irony that helping children become comfortable with their natal sex would be banned in favor of experimental drug treatments and surgeries that lead to sterilization and have not been shown to alleviate psychological distress long-term. More ironic yet, and tragically so, is the fact that the studies indicate that, for the majority of children for whom their gender dysphoria remits, roughly half are same-sex-attracted. This fact leads to the stunning conclusion that a ban on conversion therapy for transgender youth assures the worst kind of conversion therapy for same-sex-attracted youth—a kind of gay eugenics. Sadly, few politicians have read the primary research, and the prevailing narrative in the mass media is that it is social “justice” to ban conversion therapy.

Although it is the disastrous consequences of a conversion therapy ban for gender identity that have generated the most concern, there is also an important argument to be made against bans from the standpoint of compassionate counseling for those who have faced childhood trauma. Research over the last decade has solidified the finding that sexual minorities are far more likely to have faced adverse experiences during childhood. This is not a completely new finding, as researchers have known for some time that gay men, in particular, are far more likely than heterosexual men to have been sexually assaulted as children or adolescents. Two theories have been put forward to explain this finding. It has been suggested, firstly, that proto-homosexual children may be particularly vulnerable to predators because of their gender non-conformity. This non-conformity may mark children as outsiders among their peers or family members, and may be noticed by abusers who would take advantage of it. The second theory, one that is held by a minority of therapists and researchers, is that sexual abuse may at times be a confusing or causal mechanism in same-sex attraction, behavior, or identity. Richard Gartner writes that an abused boy,

may fear that he somehow invited the abuse and therefore is “really” interested in men. Or he may wonder why he was chosen by a man as a sexual target, and whether having been chosen means he is “truly homosexual.” Whether he is aroused or not during the abuse, he may fearfully assume he is “really” gay.

As the literature has expanded past the particular category of childhood sexual abuse, however, it has become a well-replicated finding that almost all categories of adverse childhood experiences (ACEs) are elevated for sexual minorities, and in particular for those who identify as bisexual. For instance, in one of the largest studies to date, the researchers found that a wide range of ACEs, from parental divorce to physical abuse, were elevated for both bisexuals and homosexuals when compared to heterosexuals.

What is particularly relevant for considering bans on treatments of sexual minorities, however, is that some of these adverse childhood experiences cannot be associated with the prevailing minority-stress theory. The minority-stress theory posits that sexual minorities face both overt victimization as well as more subtle structural stigma in society, and that these experiences are responsible for the elevated rates of mental disorder, substance abuse, and physical illness found in this population. This perspective accords with the above-mentioned predator-targeting theory, concerning the elevated rates of sexual abuse in persons identifying as LGBT. The belief is that proto-homosexuals face adverse childhood effects simply because they don’t adhere to norms, and are singled out within families for a wide range of abuses, both subtle and overt.

While I believe that there is validity to this theory, the recent research demonstrates that it cannot explain all the disparity in negative childhood experiences. For instance, not only did a leading study find elevated rates of childhood sexual abuse and emotional abuse (which could possibly be attributed to the minority stress theory), it also found higher rates of household mental illness, household substance abuse, and a household member having a history of incarceration. Previous studies have noted elevated rates of family suicide. None of these findings can be attributed to the presence of a proto-homosexual in the household, or be explained by the minority stress theory.

While many researchers are unwilling to suggest possible theories for these findings, some dare to broach the subject. Michael Bailey, one of the leading sex researchers over the last couple decades, and his son Drew, argue that genetics may play a roll. Support for this theory may possibly be found in a recent and very large study, which replicated the finding that same-sex sexual behavior is somewhat, but not predominantly, genetic. Total heritability was estimated at 32.4 percent. However, they also found significant genetic correlation between same-sex sexual behavior and smoking, cannabis use, bipolar disorder, ADHD, and major depressive disorder. While this is not determinatively against the minority stress theory, it does lend some support for shared genetic factors pre-birth. The other possibility, as some therapists have previously suggested in regard to sexual abuse, is that some sexual minorities may be confused about their attractions, partly because of adverse childhood events.

Regardless of the theory one chooses to explain these findings, or whether both have validity, the fact that many LGBT people have childhood trauma in their past argues that these experiences ought to legally be able to be explored in therapy. This is especially the case for minors, a group that are often singled out as a particular reason for banning therapy related to sexual orientation or gender identity.

The studies show that teens and young adults are much more likely to identify as sexual minorities than the adult population. Prevalence of homosexuality is challenging to determine, because sexual attractions, behaviors, and identities don’t always align, and because it is possible that the population of sexual minorities is growing overall. However, in most population-based studies, the adult LGBT-identified population is around 3 percent. In adolescents, the numbers can be much higher.

Moreover, adolescents and young adults are much more likely than adults to experience change in their sexual identities and attractions. One large, longitudinal study found that over 80 percent of same-sex-behaved adolescents became exclusively heterosexually behaved after six years. Another study of young adults found that “sexual fluidity in attractions was reported by 64 percent of women and 52 percent of men, with 49 percent of those women and 36 percent of those men reporting sexual fluidity in sexual identity based on experiencing changes in attractions.” A recent longitudinal study of a female cohort is particularly notable. Over eight years, between the ages of fourteen and twenty-two, it found fluidity in sexual identity to be highly prevalent. No less than 63 percent of the total participants reported at least one change in their sexual orientation over the eight years; in the “lesbian” class, the girls averaged three orientation changes.

This conclusion is supported by another set of data concerning homeless youth and sexual minorities. While it is well recognized that lesbians, gays, and bisexuals are overrepresented among homeless youth, this sobering fact is often attributed to homophobic parents who throw their children out because of their sexual identities or behaviors. No doubt this does occur and is both tragic and reprehensible. The studies, however, indicate that the factors leading to homelessness in sexual minority youth are exactly the same as in heterosexual youth: family conflict, desire for freedom, and difficulties with family members. Sexual minority youth simply experience these things more often. Again, family dysfunction seems to be the culprit.

Many lines of evidence lead to the conclusion that some sexual-minority adults—and particularly youth—may face confusion about their sexual identities, attractions, or behaviors on account of childhood trauma or dysfunction. At the very least, these things may be linked genetically. A compassionate approach to trauma requires that individuals ought to be able to access therapy, in order to explore the relationship of these adverse experiences to their sexuality.

Either the language around conversion therapy needs to be significantly clarified in these bills to allow this kind of investigation, or we need to continue to allow medical practitioners to do their jobs and trust that, as in many other fields, the benefits of allowing therapy outweigh the potential harms.