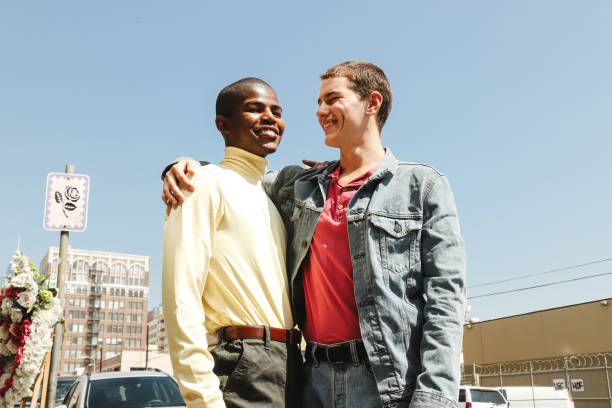 Sexual abuse disorients you; it does not orient you.

Childhood sexual abuse of boys, perpetrated by another male, may lead a man to again and again seek out sexual encounters with men in an unconscious effort to resolve the guilt and shame he feels around the original encounter.

Returning to the scene of the sexual crime.

A boy who has become traumatized from such an event usually becomes quite adept in adulthood at compartmentalization—so much so that he may even “forget” that he has these compulsions until they are upon him again. He has a shame imprint that prevents him from talking about this with anyone … until, of course, his behavior has brought about some crisis in his heterosexual relationship. Perhaps his partner has discovered some of these secret encounters, or the man is having intimacy problems, trouble getting or keeping an erection, or reaching orgasm.

I encounter more of these situations in my office than you might imagine. I have found that the first step is to see the man who has been abused in childhood in individual therapy, working through his grief and his anger at the loss of innocent sexual development, helping him understand how his own sexuality was eclipsed by the sexuality of the perpetrator, leaving him sexually disoriented. He knows that he is straight, but continues to try to unconsciously resolve the tension between his fantasies and his sexual identity by seeking out these gay sexual encounters.

We tend to confuse behavior with identity, but this is not always the case.

Sexual abuse will not orient you, it will disorient you.

A man returning from encounters that don’t match his core sexual identity may struggle for hours or days over such questions as “Am I gay or bi?” when, in fact, he is neither. Nor is he a “sex addict.” Rather, he is compelled to return to the scene of the sexual crime, becoming the little boy trying to figure out why it happened:

Bringing the compulsion out of the shadows can help put the man in conscious control instead of under the unconscious control of the compulsion. This is not to say that the fantasies will then go away. They are early imprints that have become eroticized, and will likely be with him for life. The goal is to take mastery of the behavior so that you’re not acting out anymore against your own will.

The next step in therapy is to get the client into a men’s sexual abuse group. I often find that men who have experienced childhood sexual abuse have been silent about it throughout their life. Being able to openly talk about with other men helps reduce the shame, which is huge. Victims of childhood sexual abuse will typically carry the shame of the perpetrator, as well as their own. Getting out from behind the veil of secrecy is necessary if one is to successfully shed this shame.

Next, I get the man and his partner into couple’s therapy to work on intimacy issues.

And finally, in most instances, some parts of the eroticization of the abuse remain. In other words, something that was introduced to him during the abuse has now become part of his sexual fantasies and preferences. Many therapists believe that if the male survivor continues to eroticize anything that came from the abuse they are unhealed.

On another important note: gay and bisexual men who have been sexually abused become sexually disoriented as well. The disorientation postpones their coming-out process and keeps them from knowing their real sexual identity because, as I have found, the perpetrator’s sexual interests have eclipsed the victim’s real identity.

Understanding the complicated world of sexual behavior and how it plays out in individuals can be fascinating and rewarding work. So much of what people long for, fantasize about, or do in private has been taboo for so long, that it sometimes feels like we have barely begun to understand the depth and breadth of this most basic aspect of human behavior. As a sex therapist, I am privileged to have a daily window into that world, and am often amazed and humbled by what I see.

Find more resources on male survivors here. Also read my chapter which I have contributed on this topic titled, “Sexual aftereffects in male survivors of childhood sexual abuse: Orientation confusion, compulsions, kinky sexual interests and dysfunctions” in the book, Understanding the Sexual Betrayal of Boys and Men: The Trauma of Sexual Abuse (in press).