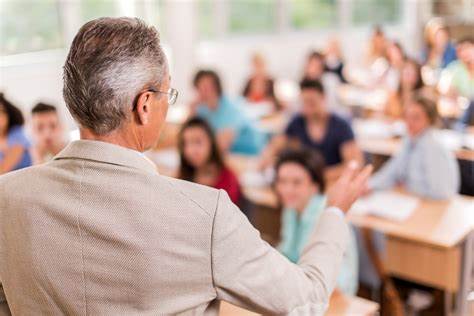 A scholar whose carefully crafted fiction helped expose the rot within some sectors of the modern academy is now under fire from his home, Portland State University, although prominent academics throughout the West have risen to his defense.

Peter Boghossian, an assistant professor of philosophy at Portland State University in Oregon, led a trio of scholars last year who submitted to leading publications what they called “intentionally broken” papers on gender, race and sexuality. Several of the absurd pieces were published.

Now, Portland State has initiated disciplinary action against Mr. Boghossian for what it calls a breach of the institution’s ethical guidelines.

Among the renowned international scholars urging Portland State to forgo such action is University of Oxford professor emeritus Richard Dawkins, who compared PSU administrators to the duplicitous pigs in George Orwell’s “Animal Farm.”

“My first response on reading of the punitive investigation into Dr. Peter Boghossian’s brilliant hoax was to let out a howl of incredulous mirth,” Mr. Dawkins wrote on Dec. 14. “Do your humourless colleagues who brought this action want Portland State to become the laughing stock of the academic world? Or at least the world of serious scientific scholarship uncontaminated by pretentious charlatans of exactly the kind Dr. Boghossian and his colleagues were satirising?”

It was unclear Monday if Mr. Boghossian had been reprimanded or punished. The university declined interview requests, and Mr. Boghossian did not reply to requests for comment.

The university, however, released a statement that appeared to indicate the matter had been resolved and noted that Mr. Boghossian remained on the faculty.

“The Institutional Review Board completed its review of Dr. Boghossian’s research and has communicated its deliberations and findings to him,” said Mark McLellan, vice president of research and graduate studies for Portland State.

Mr. McLellan appeared to be referring to a Nov. 27 report that the board sent to Mr. Boghossian that has not been made public. The board reportedly examined only the “dog park” paper, which purported to examine rape culture through the study of dogs in a Portland park. It was published in Gender, Place & Culture and won an accolade for “excellent scholarship.”

Portland State’s review board comprises 15 members of the faculty and “community,” Mr. McLellan said, and it was unclear whether Mr. Boghossian had been permitted to present his side at hearings.

Mr. Boghossian was joined by James Lindsay, a mathematics doctoral candidate, and Helen Pluckrose, an English literature professor, in the celebrated ruse. All three described themselves as left-wing supporters of gender, race and sexuality studies who were concerned that what they dubbed “grievance studies” had become corrupted by bogus scholarship.

In a video accompanying the announcement of their hoax in October, Mr. Lindsay insisted it was designed not to denigrate specific disciplines but “to expose the political corruption that’s taken hold of the university.”

Jordan Peterson, a psychology professor at the University of Toronto who has become an author and speaker worldwide, joined Mr. Dawkins and others in condemning Portland State’s proposed disciplinary actions.

“From my perspective, any ‘academic misconduct’ that is occurring is being perpetrated by those who are raising and pursuing the allegations, and most certainly not on the part of Dr. Boghossian,” Mr. Peterson wrote in a blistering two-page letter to Portland State on Dec. 22.

“Dr. Boghossian and his colleagues, like Alan Sokal before them, did the academic world and the broader community that surrounds it a great favor by pointing out the embarrassing nakedness of the emperor,” Mr. Peterson wrote. “The fact that he is now being pursued by your institution for ‘academic misconduct’ is nothing but further proof of the absolute corruption characterizing the very disciplines he so rightly satirized, pilloried and exposed.”

In 1996, Mr. Sokal, a mathematics and physics professor who splits his time between London and New York University performed a similar feat to that of Mr. Boghossian and his team. He wrote a nonsensical piece designed to “flatter the editors’ ideological preconceptions” and got it published in Social Text, a left-wing intellectual publication of Duke University.

Mr. Sokal is among the scholars backing Mr. Boghossian and his team. In a Dec. 14 letter to Portland State’s Mr. McLellan, Mr. Sokal addressed what he called “serious inadequacies” in the Nov. 27 report, a copy of which he had been provided. His review of the report concluded that Mr. Boghossian should face no disciplinary action whatsoever for his project.

The institutional review board report said “the authors have admitted to purposely fabricating research data in this as well as other academic papers,” according to a quote in Mr. Sokal’s letter.

“Well, no!” Mr. Sokal wrote. “The authors have admitted no such thing.”

Mr. Sokal said PSU administrators improperly conflated two definitions of “fabricate,” and, given that the researchers always intended to publicize the truth of their papers rather than pawn them off as legitimate, they cannot be accused of any academic impropriety.

“What they did was to write entire articles whose main theses they did not believe, and which indeed they considered absurd, as part of an experiment aimed at testing the intellectual standards of certain sectors of the contemporary academy,” he said.

Neither Mr. Boghossian nor his team kept their project’s goal completely hidden from the broader intellectual world, it now appears.

In a Dec. 12 letter to Portland State administrators, Michael Sherman, a fellow at Chapman University and publisher of Skeptic magazine, told the school that the trio had informed him of what they were doing “from the beginning and [I] fully endorsed its ethical necessity.”

“In my opinion, the same respect and appreciation should be afforded Dr. Boghossian and his colleagues, but at the very least he should not be punished for it,” Mr. Sherman wrote.

← Promiscuous ‘gay’ man becomes attracted only to women after living celibate one year Primary School Boys’ Identity Formation and the Male Role Model: an exploration of sexual identity and gender identity in the UK through attachment theory →