Have LGGBDTTTIQQAAPP rights had their day? 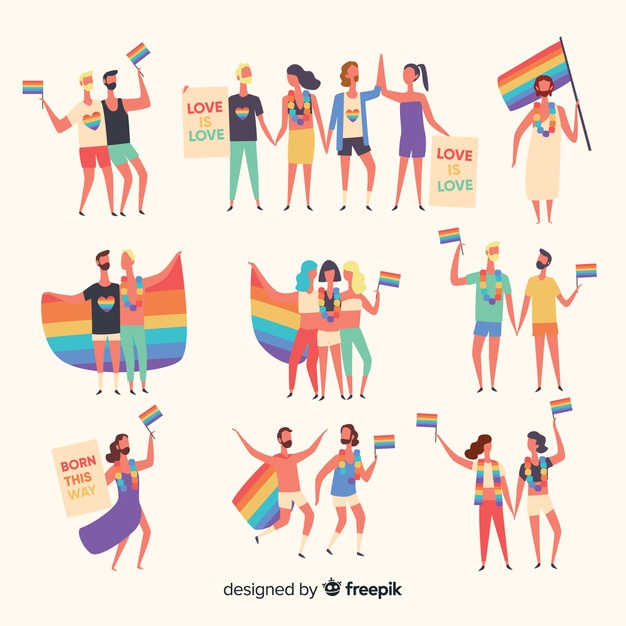 Have LGGBDTTTIQQAAPP rights had their day?

There are signs that the movement is imploding

“The Times They Are A-Changin’,” sang Bob Dylan 55 years ago as a social juggernaut slowly created the Sexual Revolution.

Dylan foretold how topics which previously had been controlled by healthy societies, would take centre stage. These included abortion, sodomy, divorce, and any sexual deviation from the covenant of true marriage between a man and a woman.

The bulldozing of relational mores and traditional values gave birth to gay rights in 1969. Yet even these have been changing into what some in Britain refer to as LGBTQQIAAP+2S rights (even LGGBDTTTIQQAAPP rights in Canada).

On the surface, LGBTQ+ indoctrinators seem as unstoppable as their pride marches celebrating nudity and crudity in the hearts of major cities. As a gay activist, I once joined them in trying to remove centuries-old religious texts which have served humanity well by offering societies strong and healthy scaffolding.

I was fortunate, however, to desert the activist ranks before the birth of gender ideology and fluidity. How lucky I feel to have escaped becoming caught up in the sacrifice of vulnerable children as slaves to cross-sex hormones and mutilation by the scalpels of money-hungry surgeons.

Place this insanity alongside what is happening in education.

There is the vision of Elly Barnes, CEO of the British LGBTQ+ organisation Educate and Celebrate. Barnes speaks openly of her tireless work to “completely smash heteronormativity” by implementing “an LGBT+ Inclusive curriculum” in nursery, primary and secondary schools, colleges, universities, organisations and communities.

Then there is the recent comment by a senior British MP, Shadow Equalities Minister Dawn Butler, who declared that “90% of giraffes are gay” while speaking about LGBT teaching in schools.

As if what happens in education weren’t bad enough, we see this ideology now attempting to smash national identities.

American mezzosoprano Jamie Barton raised a rainbow Pride flag during a rendition of “Rule Britannia” in place of the customary Union Jack at the BBC’s Last Night of the Proms. Paradoxically she was singing “Britons never, never, never shall be slaves” whilst visually forcing LGBTQ+ ideology upon viewers.

In Taiwan, in 2018 two-thirds of the population rejected same-sex marriage in a referendum. Six months later politicians legalised it. Last month LGBTQ students violently attacked a man hoisting the Taiwanese flag at an open-air public event. They tore down their national flag and replaced it with the rainbow Pride flag.

All of these events present a negative future. And yet there is change on the horizon and it is moving fast.

This past month, a unique summit took place in Taipei, around the corner from Asia’s largest gay pride parade. The Global Rainbow Crosser Alliance (GRCA) gathered national leaders from 23 nations to share experiences about people who are rejecting LGBTQ+ identities and who testify that not only is homosexuality not innate – as science has recently confirmed – but that change really is possible.

GRCA attendees reported on political and legal oppression and the increasing threat to human rights that formerly gay people face from LGBTQ+ activists. They called for support from human rights defenders to protect their right to cross the rainbow and to seek change.

Some delegates were given the opportunity to testify before the Taiwanese legislature. Jeremy Bate, an ex-transfemale from Australia who is detransitioning back to his true biological sex having lived 19 years as a female, related consistent failures by doctors to properly diagnose his situation prior to introducing him to potent hormonal treatment and full gender reassignment surgery.

Dr Mike Davidson, Chairman of the International Federation for Therapeutic and Counselling Choice (IFTCC), spoke from his own experience of rejecting homosexuality. He discussed concerns being flagged by the UK’s Tavistock Center for Gender Identity Services with regards to Comprehensive Sexuality Education which, under its different guises across the globe, promotes false doctrine before children rather than information based on reality.

Change is also happening in Italy where the Constitutional Court has stood its ground and has rejected same-sex parenting, declaring that gay couples are not families in the truest sense of the word.

Europe’s biggest LGBT rights’ organisation, Stonewall, whose mission statement is “to create inclusive and accepting cultures”, has just split and a splinter group has formed the LGB Alliance. This follows accusations of a “trans agenda” being promoted at the expense of gay and lesbian rights.

So, although the LGBTQ+ juggernaut rolls on, it is coughing and sputtering. Sensible voices are starting to speak out.

James Parker is a former gay activist who supports same-sex attracted people and their loved ones.