Are We Reaching Critical Mass? 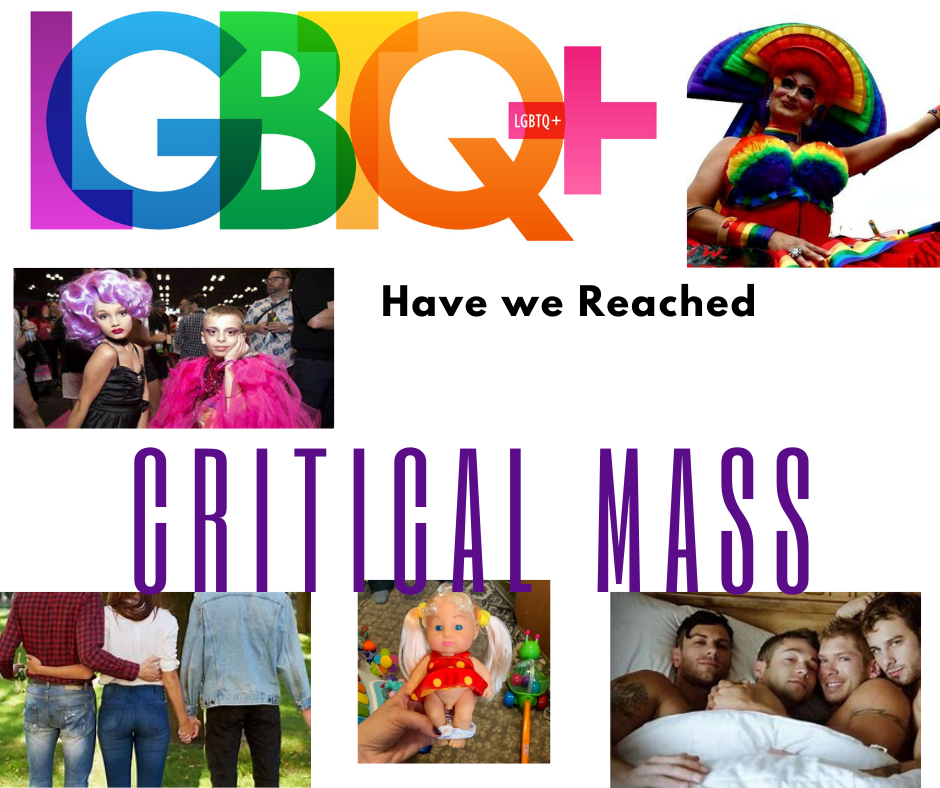 All who fear the Lord will hate evil.

Therefore, I hate pride and arrogance,

Meditating on God’s Word has great value. Psalm 1 and Joshua 1 encourage us to meditate on God’s Word day and night. As I was meditating on this verse in Proverbs, reading it several times, a thought came to me, “do we really fear the Lord and really hate evil?” Or do we, as Christian believers fear the culture more than the Lord? Look around at the church and our dominant culture in the western world. We are bombarded daily, all day long, by our culture to tolerate evil practices. Have we not bought the lie that we must accept and condone these evil practices?

As though this is not dangerous enough, we are spiraling downward and pressured into accepting the rhetoric that we must affirm individuals who are being deceived. We as Christians, and even more so as a culture, have capitulated to the bombastic demands that we now MUST celebrate all forms of sexual behaviour.

I want to assure you that I am not, nor have ever stood ‘against’ people, but I stand firmly on the Word of God, the Wisdom of that Word, and the understanding that our world is, over and above all else, largely blinded by the pursuit of pleasure. I believe in right and wrong behaviour, as outlined in scripture. God’s Word gives us moral guidelines that are healthy for the Spirit and Soul, providing healing for the body. In contrast, immorality destroys the Spirit and Soul, leaving the physical body riddled with disease.

I read this quote today from Tom Holland, known primarily as a researcher and storyteller about the ancient world.

“The ancients were cruel, and their values utterly foreign to him. The Spartans routinely murdered “imperfect” children. They treated the bodies of slaves like outlets for the physical pleasure of those with power. Infanticide was common. The poor and the weak had no rights.”

He continues with a great question and an insightful answer.

“How did we get from there to here? It was Christianity. Christianity revolutionized sex and marriage, demanding that men control themselves and prohibiting all forms of rape. Christianity confined sexuality within monogamy. (It is ironic, Holland notes, that these are now the very standards for which Christianity is derided.) Christianity elevated women. In short, Christianity utterly transformed the world.”

Holland’s (a declared atheist) research and study of the ancient world has led him now to this conclusion:

“In my morals and ethics, I have learned to accept that I am not Greek or Roman at all, but thoroughly and proudly Christian.”

What a statement!  We now murder the vulnerable, primarily the youngest and oldest. We can by law, in Canada, murder baby girls in the womb just because they are female. We can choose to murder all ‘unwanted’ or ‘unexpected’ children in the womb.

We also have a new category of slaves. These are the children who are being used not only for sexual experimentation and abuse but also for medical experimentation. They are slaves to an ideology  more likely epitomized as a cult – welcoming, accepting, and affirming to get into; but intolerant, dismissive, and abusive to leaving.

And who are those maintaining the deception? It’s predominantly successful gay or transgender billionaires funding LGBTQ programs. Add to this pharmaceutical companies and gender clinics that are reaping tremendous financial windfalls from these ideological initiatives.

And it’s not only children who have become slaves, but also adults. They too have sacrificed their souls and bodies on the altar of this ideology. Monogamy is considered a joke. Multiplicity is energetically encouraged. Sexual partners are regularly used, discarded, and often left with a new disease for which there is no cure.

True love, compassion, and commitment are at the least blasé but have become predominantly antiquated beliefs that must be eradicated from the hearts and minds of our youth. Marriage, family, and commitment “till death do us part” is derided, leaving the basic human need for security and healthy attachment to die a long and torturous death. As activists and allies move to eradicate biblical truth and Christian morality, they promote even more degradation, debauchery, and degeneracy. Our nation is spiraling ever downward into depravity and cruelty similar to that of the ancient world, and most individuals seem blissfully unaware of this death spiral.

In all of this doom and gloom, I believe there are those whose eyes are open to the impending decay. However, many more have succumbed to fear, feeling out of control and hopeless in even thinking about fighting for change. The good news is that there are those, and I believe they’re increasing in numbers, who are finding a way to stand for truth and morality. May there be an exponential increase in those who fight fear with faith and stand against the flow of iniquity.

I leave you with these questions: “at what point will we reach Critical Mass in Canada, and will YOU be prepared to surge forward and stand in the gap?”