Are Religious Californians Really Harming the Mental Health of People Who Identify as LGBTQ? 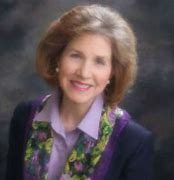 Are Religious Californians Really Harming the Mental Health of People Who Identify as LGBTQ?

Politicians are saying Californians of many religions are causing people who identify as LGBTQ to exhibit mental health disparities. The research does not support this claim.

California politicians are telling people of many religions that their faith is unacceptable to the state. These legislators are pushing anti-religious, LGBTQ-affirming practices in education (AB-493), and in pastoral counseling and psychotherapy (ACR-99).

What is their justification? A declaration in California’s Assembly Concurrent Resolution 99 (ACR-99) claims that “groups in society, including therapists and religious groups,” create stigma and have “caused disproportionately high rates of suicide, attempted suicide, depression, rejection, and isolation” in sexual and gender minorities. These politicians claim that LGBTQ-affirming beliefs will lead to better mental health outcomes.

The presumption of blame on religious groups and therapists stigmatizes people of many faiths. More importantly, the research does not support this claim.

California politicians claim that LGBTQ-affirming beliefs will lead to better mental health outcomes. The research does not support this claim.

Consider the GLSEN 2017 School Environment Survey, which was referenced in California AB-493 to support promoting LGBTQ-affirmative practices for safe and welcoming schools. AB-493 encourages public and charter schools to use California Department of Education materials to train teachers regularly in using LGBTQ-affirming resources and strategies such as GLSEN recommends.

The GLSEN survey found that religious schools did not have LGBTQ-affirming curricula, clubs, website access, library resources, textbooks, teachers, administrators, or policies. From these findings, one might expect religious schools would be the most dangerous environment for sexual or gender minority students.

However, the survey actually found that religious schools ranked among the safest for LGBTQ students, with fewer anti-LGBTQ remarks among students than in public schools, and the least victimization and bullying of any schools. In fact, their rates of bullying were lower than those of the private non-religious schools that used all the suggested LGBTQ-affirmative educational methods (Appendix 2).

Meanwhile, religious teachers and students are experiencing harm in GLSEN-style schools. These teachers and students will enthusiastically help decrease bullying of LGBTQ students, but they cannot comply with the anti-religious dictates of state-promoted teacher training that pressures them to affirm beliefs about sexuality and gender that contradict their deeply-held religious beliefs. How can they effectively “welcome” sexual and gender minority students when they themselves feel bullied and ostracized at school?

If the state or schools enforce compliance with this law, it will mean compelling students’ and teachers’ speech to promote ideas and to use pronouns that violate their deeply held religious beliefs and First Amendment rights.

If the state or schools enforce compliance with mandated LGBTQ affirmation, it will mean compelling students’ and teachers’ speech to promote ideas and to use pronouns that violate their deeply held religious beliefs and First Amendment rights. Lawsuits fighting such compelled speech are already underway in the United States and the United Kingdom, and LGBTQ-affirming schools are sure to prompt many more. In short, LGBTQ-affirming policies and laws cannot work. The GLSEN study finds the spread of its approach in schools “has slowed” and “now faces an entirely new level of pushback.”

This “LGBTQ versus religion” conflict is unnecessary, unsafe, and unwelcoming. The GLSEN study reported most schools already have generic anti-bullying policies. Teacher training to enforce them effectively, however, may be needed. Everyone can get behind community-based teacher training with anti-bullying-for-all policies.

This ‘LGBTQ versus religion’ conflict is unnecessary, unsafe, and unwelcoming.

How do students in religious schools with no GLSEN aids fare long term as adults? Thus far, we do not have long-term follow-up studies for such students, but we do have research that assesses the well-being of LGBTQ adults who belong to traditional religions.

Barringer and Gay (2017) conducted what may be the first sociological examination of how religious affiliation and attendance at religious services affect self-reported happiness in LGBT adults. The researchers concluded, with surprise, that “evangelical Protestants (whose church doctrine often condemns same-sex relations)” were no less happy than “mainline Protestants (whose church doctrine often accepts same-sex relations).” The authors observed the happiness overall of LGBT respondents (85 percent were happy) was similar to the happiness of the general population in another nationally representative study, the General Social Survey, which found that 86 percent of the general population was happy.

Notably, the participants who had LGBT experiences and were Protestant were happier than the largest group of LGBT participants—those who were atheist, agnostic, or religiously unaffiliated. (The study did not compare liberal and traditional LGBT minorities among Catholics or Mormons.) The authors concluded, “The results show that religious affiliation is a significant predictor of LGBT individuals’ happiness.” In other words, religion is correlated with happiness—not depression—among LGBT people.

The Barringer and Gay findings do not square with the narrative that religious groups are the cause of higher rates of mental illness among the LGBT population. On the contrary, they suggest that those with LGBT experiences might benefit from attending churches with traditional views on sexuality and gender.

Another large, population-based study (Cranney, 2017), and a large study conducted by a team that included both LGBTQ-affirming and change-affirming researchers, both found that practicing Mormons who have LGB experiences were no less happy, mentally healthy, satisfied with life, and no less flourishing than their non-Mormon counterparts (Lefevor, Sorrell, et al., 2019). In yet another large study, the same team found that Mormon sexual minorities who live in relationship options that are consistent with their religious teachings can experience satisfaction that is real (Lefevor, Beckstead, et al., 2019).

Traditional religious groups, clergy, therapists, and teachers should be allowed to help sexual and gender minorities who want to enjoy this happiness. Censoring their conversations or compelling their speech is unjustified and violates their constitutional right to free speech (NIFLA v Becerra, 2018). We cannot sacrifice our society’s freedom of speech in order to spare any person’s feelings. Free speech and freedom of religion are the foundation of a free society.

Yet some legislators, not satisfied with restricting speech in schools, are also going after religious leaders and therapists. Assembly Concurrent Resolution 99 (ACR-99) solicits pastors to voluntarily censor their teaching, religious counseling, and referrals to therapy that helps members of their flock experience the transforming power of their faith to help them live according to their cherished beliefs. A group of professional counselors, attorneys, pastors, and public policy organization leaders signed a letter of protest against ACR-99 declaring, “California politicians and activists have no right to tell clergy what is moral, dictate the content of their sermons, or instruct them in religious counseling.”

Activists frequently and grotesquely mischaracterize therapy that helps clients—who are often religious—explore alternatives to unwanted same-sex attraction or behavior, incongruent gender identity, or nonconforming gender expression. Yet change-allowing therapists use well-established, non-aversive, evidence-based treatments for trauma and sexual addictions that are used by therapists around the world. An American Psychological Association task force report (2009) found that change-allowing therapists haven’t used methods—aversive or otherwise—that just try to shape or condition behavior since the late 1970s. These therapists do not tell people they can change just by “choosing” to feel differently.

Ten years later, the report’s conclusion—that no reputable studies have found that such therapy causes harm—still stands. Though it is often cited, the San Francisco study (Ryan, et al., 2018) of parent-initiated therapy is no exception. Ethical change-allowing therapists do not coerce therapy, even to fulfill parental wishes, so this study of parent-initiated therapy does not apply to them. The study intentionally omitted youths who themselves initiated change-allowing therapy, and, since it only solicited participants who spent time at LGBTQ-centric venues, it failed to include young people who changed through therapy and those who are living according to their faith. The study has nothing to say about them.

Professional organizations and abundant, rigorous studies now say LGBTQ feelings may change through life experience, are not inborn or simply biologically caused like skin color, and do result from psychological and social influences. The APA Handbook of Sexuality and Psychology (2014), which the American Psychological Association has declared authoritative, says that

Biological explanations . . . do not entirely explain sexual orientation. Psychoanalytic contingencies are evident as main effects or in interaction with biological factors. . . . A joint program of research by psychoanalysts and biologically oriented scientists may prove fruitful.

Psychoanalytic influences are widely understood to include parent-child relationships, as the child experienced them.

Further, the APA Handbook of Sexuality and Psychology (2014) says childhood sexual abuse has “associative and potentially causal links” to having same-sex partners for some. It would be astonishing, if not miraculous, if every aspect of human development could be influenced by trauma or family experiences except sexual orientation and gender identity.

The “Standards of Care” of the World Professional Association for Transgender Health acknowledges gender dysphoria may be “secondary to or better accounted for by other diagnoses.” In that case, WPATH does not recommend body-altering procedures. Censoring talk therapy—speech—that is open to resolving gender dysphoria, as ACR-99 solicits pastors and therapists to do, leaves sufferers limited options.

The APA Handbook of Sexuality and Psychology says “affirming” incongruent gender identity may neglect individual problems a child is experiencing. Denial or neglect of underlying causes—including failure to evaluate for them or treat them in a misguided attempt to be affirming—may result in ongoing trauma, adverse life outcomes, and suicide.

Sexual and gender minorities were not “born that way.” They have a right to heal—a right to client-directed treatment for underlying wounds or trauma that may, as a byproduct, result in decrease or change in sexual attractions, gender identity, or behaviors victims don’t want.

What if we were to talk about psychological and social influences that some people feel led to their same-sex attraction or gender dysphoria, and therefore increase empathy and compassion for them? What if we affirmed that every life has purpose, and that our Creator uses even our wounds to accomplish good if we offer ourselves to His action in this world and open ourselves to a relationship with Him? That is true affirmation.

Tell students and therapy clients who have LGBTQ experiences the falsehood that they were born that way, and they will believe they can never change and are without hope. Turn them away from their faith, religious community, and family, and they will be isolated and lose the resilience that comes from religious faith. Refuse to acknowledge the trauma that can underlie LGBTQ feelings, and they will be left living with that secret pain. Do all this, and then punish anyone who tries to treat those wounds, and you will create a recipe for suicide.

Laura Haynes, Ph.D. is a California psychologist who is retired from clinical practice with more than 40 years experience. She reviews research, writes, and speaks internationally on sexual orientation, gender identity, and religious freedom. Dr. Haynes has testified at legislati… READ MORE