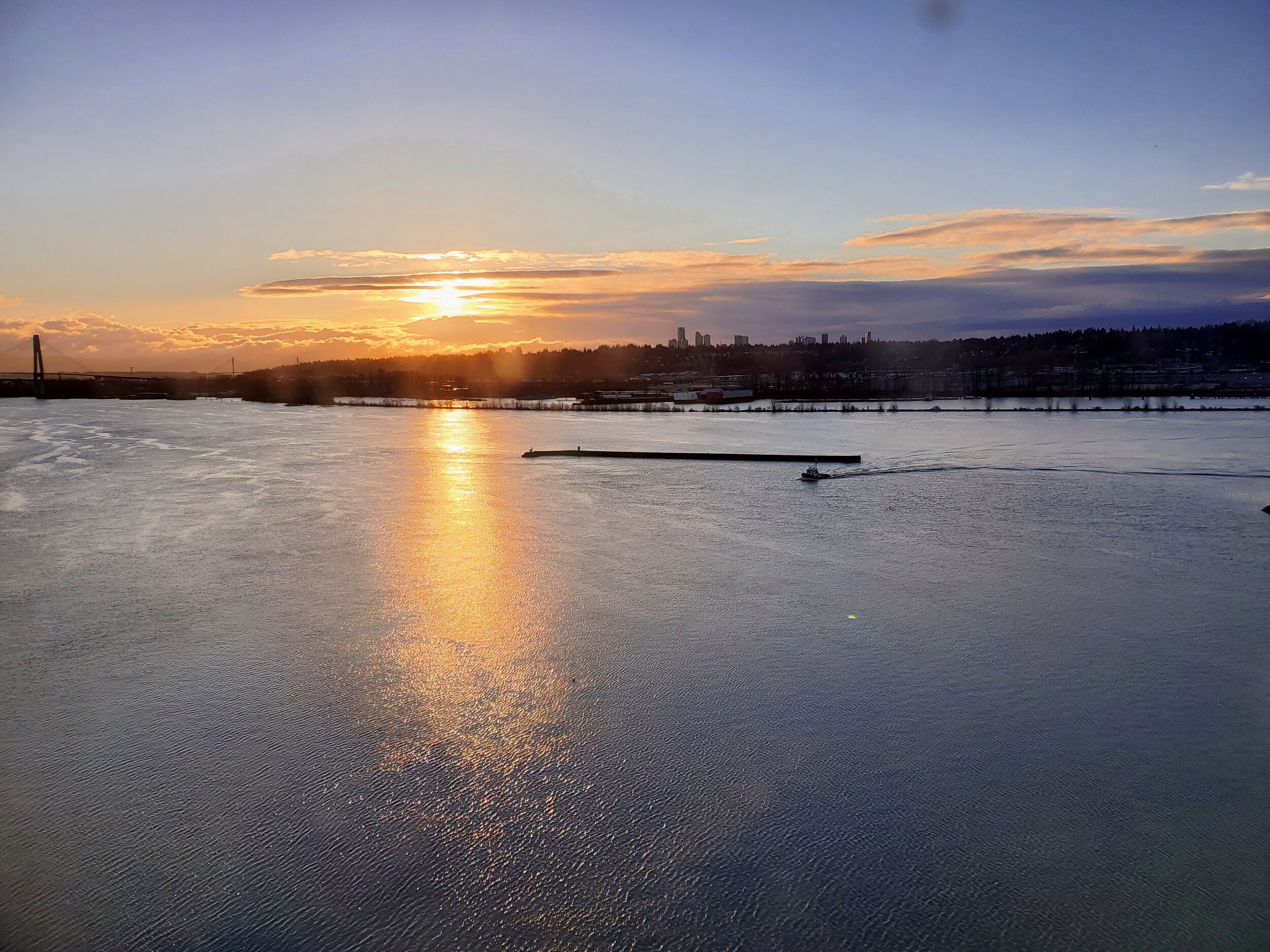 The beauty of the sunrise over Vancouver harbour. One cannot help but be amazed at the beauty of creation – even if you deny creation!

Yesterday I had the privilege of speaking to a crowd 500 who gathered to protest about transitioning children and adolescents.

As we began to speak, carloads of people holding LGBTQ flags began moving down the street incessantly tooting their horns, while others began to throw eggs and rocks. Kudos to the police who then blocked the street from traffic and caught the egg throwers.

Even more distracting for me was one topless young woman who kept parading in front of the library steps, shaking her breasts. After doing this for a couple of minutes with police doing nothing, I found myself moving to stand in front of her, blocking the view. I knew others, as myself were finding her behaviour unsettling.

She was less than impressed and kept trying to nudge around me – I just kept blocking her path to the crowd. Finally two officers, standing on the steps behind her, mouthed to me – ‘we’ve got this’. and came down to escort her out of the crowd.

I feel sad that a young woman would feel the need to expose herself in order to get attention. But how many there are that have such little self regard that stoop to this level.

The human body is a beautiful creation for sure. No doubt about it., but that doesn’t mean that everyone needs to view our nakedness. There is definitely a time and place – at home, in your bedroom. In the midst of a crowd is neither time nor place – especially as we were talking about the mutilation of children’s healthy bodies.

We were there to oppose the mutilation of our bodies, so her breast exposure was very confusing. I had wondered for a minute if she was trans, but she kept telling me to touch them – they were real! Pretty amusing really for her to suggest this to me!

It is the awareness of beauty that sets us apart from the rest of nature. This mental awareness allows us to bask in the beautiful sunrise and of all of nature, without the need to expose our bodies to crowds.