In academia, censorship and conformity have become the norm 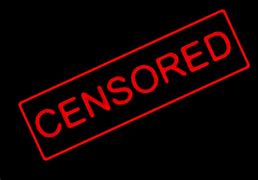 In academia, censorship and conformity have become the norm

Debra Soh holds a PhD in sexual neuroscience research from York University and writes about the science and politics of sex.

A new academic journal, titled The Journal of Controversial Ideas, launching in the new year, will be peer-reviewed and offer a diverse range of viewpoints, calling upon liberals, conservatives, as well as those who are religious and secular, to submit their work. Most notably, it will allow academics to publish under pseudonyms.

Much of the response to this journal has been criticism alleging that only academics with hateful ideas would require the option to publish under a pseudonym. In truth, facts today are deemed controversial if they deviate from accepted narratives, and professors must self-censor out of fear of being condemned and losing their jobs.

Based on conversations I’ve had with colleagues still working in academia and from what I can tell about recent cases of censorship, the antagonism is primarily from left-leaning colleagues attacking other liberals. The problem has been increasing and was the reason I chose to leave the field of sex research.

In the last several months alone, multiple controversies involving academic censorship have emerged. Earlier this year, a paper by Theodore Hill, a professor emeritus of mathematics at the Georgia Institute of Technology, wrote about the “greater male variability hypothesis,” which posits that men are more variable than women along a number of traits, including intelligence, translating to a greater number of men at the high and low extremes.

After the paper was accepted in one journal and subsequently rescinded due to feminist scholars’ fears that it would be used to justify sexism, Dr. Hill got the paper published in another journal online, only to have it disappear from its website shortly thereafter. He was told the decision was not due to the paper’s scientific methods but its political implications.

In August, another controversy erupted when PLOS ONE published a study by physician Lisa Littman. She wrote about rapid-onset gender dysphoria, a growing phenomenon of girls who, out of the blue, announce they are transgender. Due to backlash from transgender activists, Brown University pulled the study’s corresponding press release, and PLOS ONE said the study had been placed under review. Considering that it underwent peer review prior to being published and other experts in the field would have scrutinized it for its methodology and content, the decision was unheard of.

These instances are indicative of a larger, worrisome trend – instead of debating contentious ideas, those in opposition to them throw words ending in “-phobic” around, shutting the conversation down and pretending they don’t exist.

For those who say ideas that denigrate members of society shouldn’t be entertained, silencing the debate doesn’t make hateful beliefs go away. In many cases, it isn’t controversial findings that pose a threat; the threat comes from the possibility that others will use these facts to justify discrimination. But it’s important that we distinguish between an idea and the researcher putting forth that idea, and the potential for bad behaviour.

With academics avoiding entire areas of research as a result, knowledge currently being produced is constrained, replaced by beliefs that are pleasant-sounding but biased, or downright nonsensical. The recent “grievance studies” investigation, led by academics Peter Boghossian, James Lindsay and Helen Pluckrose, laid bare how bad the problem has become. The trio managed to get seven fake papers – ranging from topics like rape culture in dog parks to straight men using phallic sex toys to increase their feminist attitudes – accepted in high-ranking humanities journals.

Considering that even rigorous scientific journals are swayed by fears of public retribution, here are a few pointers that may help a non-academic discern whether a study should be taken with a grain of salt:

Merely looking at a researcher’s educational background, their institutional affiliations or the prestigiousness of the journal in which the paper appears doesn’t always provide the full picture.

Look up their co-authors and see which university departments they belong to. Medical doctors and hard scientists will often team up with faculty in departments such as gender studies, philosophy, education and English to provide an ideological framework through which findings are interpreted. (I should emphasize, however, that not all scholars from these fields are suspect.)

See if their online university profile contains progressive buzzwords like “inequality,” “lived experience,” or makes reference to their race, sexual orientation, or status as a woman or feminist. Being sensitive to issues like inequality is important; however, it isn’t appropriate for researchers – especially scientists – to make these pronouncements in an academic context. Good research is objective, and the researcher’s identity, whether they are a so-called cis white man or a minority, shouldn’t make a difference.

I would also suggest taking note of what a professor chooses to post on social media, especially if it’s political content.

A true academic will be willing to engage in discussion without defaulting to ad hominem insults or ascribing negative intentions to the other side. Allowing only “safe” ideas to be explored not only holds society back by limiting what we are allowed to think and know, but also taints the public’s faith in the academic process.

← HOW SSA CHANGES DURING ADOLESCENCE INTENTIONS AND ATTITUDES OF UNIVERSITY STUDENTS TOWARDS INFIDELITY: INVESTMENT MODEL PERSPECTIVE →