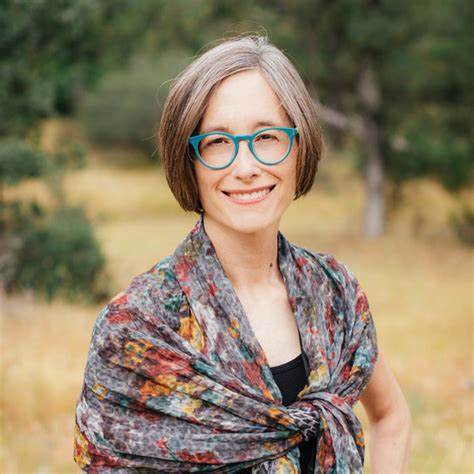 Conservative Christianity in America will succumb to sexual identity activism unless it embraces those leaving the LGBTQ subculture.

As the dust settles after the recent Bostock Supreme Court decision, Christians everywhere are questioning how to respond to the rising tide of LGBTQ Pride. Conservative Christians across the world want to hold the opinion that the Bible condemns same-sex sexual behavior and that homosexuality has a negative impact on our culture. At the same time, many of these congregations don’t accommodate people who have responded to that message.

Today there is a crisis among those of us who have exercised obedience to our faith and left LGBTQ behind. We are being forced deeper and deeper underground. Our voices and stories are being suppressed. Avenues of care and discipleship are being abandoned.

Don’t be confused by the accusations of LGBTQ activists. Thousands of “oncegay” people (or “ex-gay,” though most of us don’t identify with any such label) are the fruit of conservative Christianity. We’ve been born again. We are pursuing God for sanctification and enjoying the wonderful redemption of Jesus’ love. Many of us now have opposite sex marriages (not blended orientation marriages) with biological children. We have overcome gender traumas and identify fully as men and women who are born of God’s will—not “born gay.” Most Americans believe we do not exist, but we feel our stories reveal the heart of God and His power to redeem all people.

Churches are becoming afraid to offer us support since any approach suggesting emotional healing or restoration in one’s sexuality could be called “conversion therapy,” or worse, anti-LGBTQ hate. We Christians who have experienced LGBTQ, whether openly gay or closeted in our churches, wrestle with our public response to Christ. The uproar over so-called “conversion therapy” reveals the painful challenge of that pursuit.

Activists say thousands have undergone a “discredited and abusive” practice that is paramount to “torture.” But that statistic doesn’t point to individuals who have been handcuffed and forced into a back room. It tells us there are thousands who want out of LGBTQ. We want to escape. We don’t want to embrace same-sex sexuality. What this actually means is that some have submitted to questionable and even ineffective approaches in their desperate efforts to gain freedom.

Let that sink in.

But so-called “conversion therapy” isn’t a therapeutic method; it is a subjective experience that can be avoided. Two people pursuing emotional healing and physical wholeness in the same setting may have different perceptions. One finds meaning in what is learned, and through application undergoes some fresh measure of fulfillment.

But imagine the other has a less productive outcome and finds no resolution. Disappointment and despair close in. This process happens weekly in our churches as “regular” disciples mature, but the pain for one who experiences LGBTQ is deep. Accusations and fear arise.

Misunderstandings of God’s beautiful character often reinforce the hopelessness. The issue demands a healthy community and a relational discipleship process where Christ’s love is the goal—not change in one’s “orientation.”

But who is offering this? To find help and support in leaving the LGBTQ subculture one must look to like-minded individuals. They are often found in parachurch ministries led by others who have pursued redemption because most Christian leaders feel unqualified to help, leaving a tangible vacuum in churches. And now, these very parachurch ministries (often our only hope to receive the full gospel) are being outlawed across the world through “conversion therapy” bans.

The further we are pushed from the larger fellowship of Christian congregations, the more likely moral failures become as parachurch leaders try to stand alone against the onslaught of activist accusations.

Individuals following Christ out of the LGBTQ subculture need churches that are centers of refuge. And we need proponents who are willing to stand with us in the public arena as laws increasingly demand “once gay, always gay.” We need Christians to take a bold leap of faith for the sake of those of us seeking wholehearted identity in Christ.

Will the church effectively stand against sexual immorality in the face of the United Nations? Our federal Congress? Our state legislatures?

All of these entities are pushing Christian conservatives to embrace LGBTQ identity and abandon the faith. Meanwhile, we pray that Jesus continues to draw men and women to Himself from the highways and byways of sexual sin just as He did in the first century.

Otherwise, will He find faith when He returns?

Elizabeth Woning is co-founder of the CHANGED Movement, a grassroots network of men and women who have left the LGBTQ subculture and identity to follow Jesus.

← New report outlines how sex ed is pushing the limits in sexualizing, manipulating kids EXCERPTS FROM THE 2015 SEX-EDUCATION CURRICULUM →