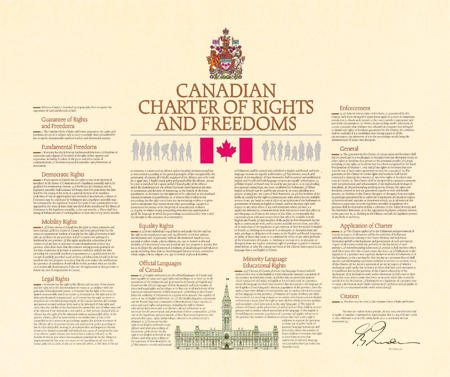 A Trio of Legislative Bills

In 2021, before summer break and the subsequent federal election, the government rolled out a trio of bills all of which tread on the fundamental freedoms of conscience and free expression:

These bills were to be implemented by making amendments to both the Criminal Code and the Canadian Human Rights Act.

So where are we at? What has happened to these pieces of proposed legislation? As an election was called during the summer all of these Bills were terminated. It took a longer than usual time for the House of Commons to sit after the election, but almost immediately bills were reintroduced

As you will be aware, Bill C-4 passed unanimously after the nefarious shenanigans of our previous Conservative Leader, Erin O’Toole. The many conservative members (63) who had voted against Bill C-6 were caught off guard when C-4 came to be voted. MP, Rob Moore called the vote and it was all done in approximately 4 seconds!

As incredibly disappointing as this result was, those who had been working to bring truth to this piece of legislation will not stop. We do not believe this Bill will stand up in the courts, and are working together to prepare a challenge.

C-10 was originally proposed in the fall of 2020. The federal government has now re-tabled this bill. The new revision of the proposed amendment is titled, the Online Streaming Act or Bill C-11. There are three pertinent issues:

Bill C-11 gives the CRTC too much power over the internet. It discriminates against individual and small content creators. It gives social media company’s power to suppress or promote certain types of content, and subjects faith-based content creators to the scrutiny of the Canadian government. There is also nothing exempting churches or other faith-based organizations from being considered broadcasters. The reality is CRTC will claim some level of control over all internet content – so your Sermon Audio feed could be subject to the same kinds of broadcasting rules as your local radio station2.

It is currently in First Reading, therefore will have to pass all three readings in the house before heading to the Senate for final approval. Now is the time to act – write or call your MP.

Government Bill (House of Commons) C-36 (43-2) – First Reading – An Act to amend the Criminal Code and the Canadian Human Rights Act and to make related amendments to another Act (hate propaganda, hate crimes and hate speech) – Parliament of Canada

This bill is in First Reading.

The enactment amends the Criminal Code to create a recognizance to keep the peace relating to hate propaganda and hate crime and to define “hatred” for the purposes of two hate propaganda offences.

Bill C-36 amends the Canadian Human Rights Act to provide that it is a discriminatory practice to communicate or cause to be communicated hate speech by means of the Internet or other means of telecommunication in a context in which the hate speech is likely to foment detestation or vilification of an individual or group of individuals on the basis of a prohibited ground of discrimination.

Okay. So what does this mean? First of all, we must ask some questions:

It would seem the answers to these questions are indeed in the ‘eye of the beholder’.

The Criminal Code amendment in this bill describes “hatred” as an emotion, and emotions are the subjective experience of the individual. I believe this could lead to false accusations against individuals and/or organizations.

Subsections 40 (8) and (9) relate to the ‘non-disclosure of identity’ of alleged victims, complainants (who don’t have to be victims at all) or even witnesses. We are talking here of on-line content and interactions. It would seem anonymous complainants are welcomed, which in itself raises some ominous red flags.

Then subsection 53.1, indicates that if a complaint is substantiated, the tribunal may award “compensation” to “any victim” up to $20,000.

So let’s get this straight. You could be targeted on-line for ‘hate speech’ (based on identifying how a person is feeling (ie. Hatred). This accusation can come from an anonymous complainant (with no process for identifying the individual). Not only this but, you could be accused of ‘the possibility to commit hate speech’. Just the possibility

makes you a target. And the accuser could be awarded up to $20,000 in compensation!

My brain begins to ache! But, here’s the bottom line –

If Bill C-36 passes, anyone could bring information before a provincial court

to claim that an accused individual could or might commit

hate speech in the future.

Bringing an accusation does not require proof of something having been committed already, but simply that an individual fears that hate speech might be committed!

Civil government itself will define what kind of speech is acceptable and what is not; then courts would then decide the consequences.

Disagreement about truth and values could be misinterpreted as hate speech, or if pro-life or pro-family ideas or the Christian sexual ethic could be described as hateful, then Bill C-36 may become a dangerous hindrance to freedom of expression.

During the political chaos of recent months, we now find that there is another ominous bill in the works.

The Canadian Senate is currently in the second reading session for a bill that would require the Minister of Finance (Chrystia Freeland) to develop a national system to provide “guaranteed livable basic income” to everyone in Canada over the age of 17, including temporary workers.

This sounds very charitable. In actuality it would result in massive government intervention and control over personal finances.  This move of course is one more in the political chess game toward socialism.

Added to the above proposed legislations is another deeply concerning policy proposal.

Amendments to the Income Tax Act to Act

In December, 2021 Chrystia Freeland, was told by our Prime Minister, to introduce amendments to the Income Tax Act to Act. Such amendments would make ‘pro-life’ organizations ineligible for charitable status. In simple terms, pregnancy care centers across Canada are being targeted.

What she really means is that they don’t counsel women to abort their babies, but help them find alternatives to abortion.

What such proposed amendments would mean to churches is yet to be determined, but advocating for a baby’s right to life looks like an infringement on such a policy. Not only that but according to Canadian tax law, any charity that has its charitable status revoked is required to give away all its assets, or else forfeit them to the government.

Finance Minister Chrystia Freeland last month took the unprecedented step of demanding that banks freeze the accounts of anyone involved in the Freedom Convoy protest in Ottawa, without a court order. She is Freeland is also a member of the Board of Trustees for the World Economic Forum (WEF).

Topping off all of the federal legislation was Justin Trudeau’s Covid Vaccine Mandate. Those over 12 would have to be vaccinated in order to travel by plane, train, or ship. Only the vaccinated were allowed to eat in restaurants, and in some locales to attend church. He called the unvaccinated, racists, misogynists, anti-science and extremists.

Trudeau was clearly attempting to sow division and advance a vendetta against a specific group of Canadians. This is discriminatory and undemocratic. Then came the Freedom Convoy!

Mostly blue collar Canadians, mostly vaccinated, who saw clearly what was happening in Canada and were willing to do something about it. They descended on Ottawa, simply asking for a meeting with governmental officials to lift mandates. Their request was cast aside and they were vilified by the government and media.

Then the ultimate governmental overreach was implemented – an Emergency Measures Act, against peaceful Canadians.

The Honourable Brian Peckford, (the last living member of the body that put together Canada’s 1982 Constitution and its Charter of Rights and Freedoms), stated that our constitutional freedoms have not only been threatened, but taken from us.3 He has launched a lawsuit against the government of Canada.

I’ve heard some say that they cannot believe that our government would not act in our best interests. It is time to awake to the reality that our present government is not acting on behalf of Canadians, but rather on self-decided interests and agendas.

It’s time for action Canada. If we value freedom in Canada, we must stand up for it.

← VIDEO: Kinsey, The Man Who Perverted Sex Ed Salt and Light in a Confused World →