“Born That Way” No More: The New Science of Sexual Orientation 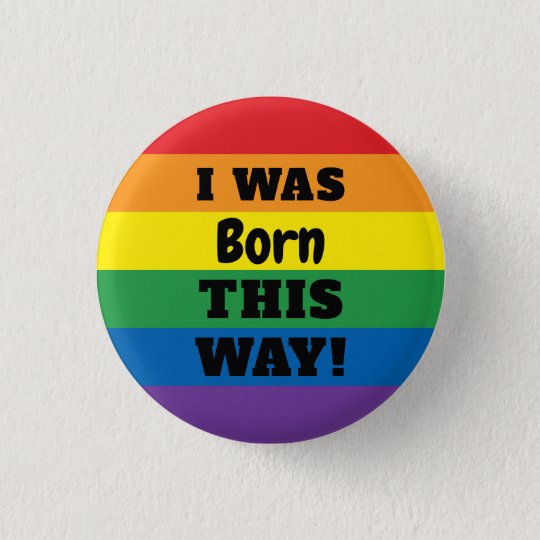 “Born That Way” No More: The New Science of Sexual Orientation

A new study adds to a growing body of evidence demonstrating that the dominant narrative about sexual orientation—that it is genetically determined—simply cannot be true. Instead, the science shows that a person’s sexual orientation and choice of partners depends heavily on the development and expression of personal autonomy regarding one’s own sexual possibilities. People with same-sex attractions should be legally and culturally free not to identify with or act on them.

Late last month, a team of MIT and Harvard scientists published a landmark study of the genetic basis for sexual orientation in the journal Science. The study, which was based on an examination of the genetic material of almost half a million individuals, definitively refutes the idea that being gay is an innate condition that is controlled or largely compelled by one’s genetic makeup.

The study contained two key findings. First, it found that the effect of the genes we inherit from our parents (known as “heritability”) on same-sex orientation was very weak, at only .32 on a scale from 0 (none) to 1 (total) heritability. This means that a person’s developmental environment—which includes diet, family, friends, neighborhood, religion, and a host of other life conditions—is twice as influential on the probability of developing same-sex behavior or orientation as a person’s genes are.

Second, rebutting decades of widespread belief, the study established that “there is certainly no single genetic determinant (sometimes referred to as the ‘gay gene’ in the media)” that causes same-sex sexual behavior. On the contrary, “the variants involved are numerous and spread across the genome.” Each of these genetic variants increases a person’s propensity for same-sex behavior by an infinitesimally small amount. In scientific terms, same-sex orientation and behavior are highly polygenetic.

The logic of these two results—low heritability and high polygenicity—clearly demonstrate that the dominant cultural narrative about sexual orientation—which sees homosexual persons as a distinctly bounded biological class of people who were “born that way”—simply cannot be true.

Low heritability, a consistent finding of prior genetic studies, has always suggested that determinism may not be true. But high polygenicity does much more: it affirmatively precludes the possibility of determinism. A genetic arrangement based on dozens of markers across the genome means that virtually all human beings have this arrangement, or large portions of it. In other words, gay people have a perfectly normal human genotype; they are not genetically distinct from all other human beings in any meaningful sense. Consequently, the development of sexual orientation and choice of partners cannot consist primarily in the elaboration of some controlling genetic disposition but, to a much greater degree, consist instead in the development and expression of personal autonomy regarding one’s own sexual possibilities.

The scientists behind the study do not mince words regarding this conclusion. The study’s first author, Andrea Ganna, stated to the New York Times, “it will be basically impossible to predict one’s sexual activity or orientation just from genetics.” An essay accompanying the study acknowledges that its results counter the “inclination to reduce sexuality to genetic determinism,” instead confirming that “sexuality is . . . shaped and regulated by cultural, political, social, legal and religious structures.” Other scientists involved in the study, who are themselves gay, publicly opposed its publication, voicing concern that the findings would be “misconstrued” to “advance agendas of hate.” These statements also express an awareness, albeit an unwelcome one, of the anti-determinist implications of the study’s findings.

Commendably, the lead authors of the study, some of whom are also gay, resisted the impulse to suppress scientific evidence for the sake of political expediency. They are right to do so, for the decline of the idea of a false belief in determinism in sexual orientation and related behaviors may well lead to greater tolerance and acceptance.

In many parts of the world, as the accompanying essay points out, legal sanctions seek to impose heterosexuality on the unwilling. But in the United States and other liberal Western societies, we presently tend toward the opposite problem. In many such places, the struggle for freedom today is not primarily for people who want to identify themselves as gay or lesbian, but for people who want to avoid or resist such an identification for themselves.

The 2015 Supreme Court decision constitutionalizing same-sex marriage was based, in part, on the belief that same-sex orientation reflected an “immutable nature [that] dictate[d] that same-sex marriage is their only real path to this profound commitment.” The determinist logic of this decision has empowered those who formerly advocated that homosexual persons may marry someone of the same sex to now advocate that, if they marry, homosexual persons must marry someone of the same sex. Numerous legislative and judicial efforts are currently underway to outlaw voluntary therapy or to deny the legitimacy of adults who experience some level of same-sex attraction but choose not to engage in same-sex relations or identify themselves as gay or lesbian, on the grounds that such actions deny their immutable nature. In the United States, people with same-sex attractions are now free to identify as gay and to legally marry someone of the same sex. Yet many now seek to deny the same people the freedom to decline to identify as gay and to marry someone of the opposite sex, if they so choose, on the premise that they would thereby be doing violence to who they “really” are.

In actual practice, sexual orientation and behavior exemplify the diverse identities people take on when they are free to explore a virtually unlimited range of erotic alternatives. Strikingly, the low heritability of sexual orientation found in the Ganna study is identical to that of another landmark genetic study—an exhaustive meta-analysis of virtually all twin studies ever performed, by a team of scientists led by Tinca Polderman—that was published four years ago in the journal Nature. Like the Ganna study, the Polderman study estimated the heritability of sexual orientation at only .32. The replication of the same weak result in two studies using very different methods and measures is remarkable. Both studies also found heritability to be somewhat higher for males than for females.

Following Polderman’s study, a team of prominent sexuality researchers interpreted the replicated low level of heritability to suggest that, while internal sexual attraction may not be socially malleable, the adoption of a sexual identity unconstrained by internal attraction—homosexual, heterosexual, or something else—is well within the range of development for most people. “It is, of course, possible,“ they write, “to change one’s public sexual-orientation identity, and one can certainly make choices about whether one will or will not engage in same-sex or opposite-sex sexual behavior or become celibate.” These kinds of choices and therapy to support them, they note, are most common among the religiously observant, and “likely explain claims by ex-gays and ex-lesbians that they are no longer leading a ‘homosexual lifestyle.’” For examples, they cite psychotherapist Lee Beckstead’s 2001 article, “Cures versus choices: Agendas in sexual reorientation therapy.” We could also add the books Jephthah’s Daughters and Changed: #Oncegay Stories, each of which presents dozens of accounts of persons who have transitioned away from homosexual identity and behavior.

Population data confirm that most persons with same-sex attractions explore opposite-sex relationships at some point, and a minority maintain long-term heterosexual marriages. On the General Social Survey (a biennial statistical profile of the US population funded by the National Science Foundation), 57 percent of people who identify as gay (40 percent of gay men and 78 percent of lesbian women) report having had one or more opposite-sex sex partners since age eighteen. Four percent of gay persons report having had *only* opposite-sex sex partners in the past year.

In 100,300 interviews that asked about sexual orientation on the 2013-2015 National Health Interview Survey, 13 percent of currently partnered gay persons reported being in an opposite-sex, not same-sex, sexual partnership. Consistent with the religious motivations noted above, most (88 percent) of this 13-percent minority were in heterosexual marriages. About a third (35.6 percent) were raising children.

The congruent findings of Ganna and Polderman sharply rebut the impulse to constrain or coerce such persons’ choices about same-sex identity and behavior. If gay and lesbian persons are genetically normal, what basis is there for prohibiting other genetically normal persons from refusing to engage in same-sex behavior? As these studies have both found, most persons with a genotype comparable to that of gay or lesbian persons end up, for various reasons of social environment or development or personal principle, not engaging in same-sex relations. Shouldn’t this majority have equal freedom and legitimacy to do so?

Civilized persons condemn the attempt to impose sexual behavior on the unwilling on a personal level. Why is the same coercive imposition acceptable on a social level? If it ever did make sense on the premise that gay persons were genetically determined, in the absence of a compelling genetic difference, it is impossible reasonably to maintain that tolerance of homosexual behavior requires intolerance of heterosexual behavior.

← Have LGGBDTTTIQQAAPP rights had their day? Beyond “Born This Way”? Reconsidering Sexual Orientation Beliefs and Attitudes →