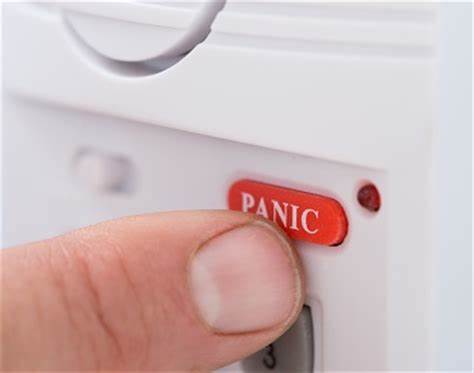 when Professor Rosa Freedman went to check her pigeon hole last week, she found something unexpected. It was not a letter of support, nor was it hate mail. It was a panic alarm.

Such is the concern among Reading University chiefs for the academic’s safety that they conducted a full security review, which included checking CCTV coverage (she has been followed around campus) and installing an entry phone in her office so she can see who is knocking on her door.

As an expert in international human rights law, Prof Freedman has worked in conflict zones around the world, but nowhere has she felt so under attack as at her own university.

“There is a sense of dread coming on to campus,” she said. “It is quite unsettling to know that even something as basic as picking up my post from my pigeon hole can leave me feeling on edge. It makes it quite difficult walking into a coffee shop or around campus when I know people are monitoring where I am and watching me.”

Prof Freedman is one of a growing number of “gender critical” academics, who firmly believe that sex should not be conflated with gender and that women’s spaces – such as changing rooms, prisons, sports teams and shortlists – should be protected.

She decided to speak out on the matter last summer, when there was a Government consultation on proposed reforms to the Gender Recognition Act which would make it easier for transgender people to get “legal recognition” for the gender they feel they identify with, rather than having to undergo a sex change. Under existing laws, a trans person has to undergo a two-year waiting period, a review or appearance before a specialist panel as well as paying £140 before being able to change their gender legally.

“Last summer I talked a lot about this with other academics and lawyers but hadn’t said anything publicly,” Prof Freedman said. “A colleague said to me, ‘You have a responsibility, you are a human rights lawyer and you understand vulnerable groups, people can learn from you.'” Since then, she has faced death threats, intimidation and harassment – which included having urine poured on her office door – and repeated attempts to get her sacked from her post at Reading University.

It was a similar story for Professor Kathleen Stock, an expert in analytic philosophy at Sussex University, who felt compelled to intervene in the debate last summer. “I was immensely frustrated by what I saw was the shameful silence of philosophers,” she said. “The position that ‘you are who you say you are’ simply doesn’t fit with most of western philosophy. There was a public consultation going on and it was clear that people were frightened to speak out. I thought we need to break cover and get this conversation started.”

Prof Stock has faced a no-platforming campaign and plenty of online abuse for her views. She has started compiling a dossier of cases where fellow academics have had to self-censor for fear of the backlash they will face from the transgender lobby, or even from their own colleagues.

One area of particular unease for academics who speak out for sex-based rights is the way in which their university’s complaints process has been used against them. Even where they are eventually exonerated, they described how the investigation process itself can be draining and demoralising.

Prof Michael Biggs, a sociologist at Oxford University who is part of a network of academics interested in sex and gender, said that “almost all” of them have faced disciplinary processes as a result of student allegations. “For the most part they are cleared but the process is the punishment. Of course it is very stressful, you have to spend a lot of time preparing a defence,” he said.

“What’s Orwellian about it is that you have to keep quiet. Once you are the subject of a complaint you are not allowed to talk about it. The point is that there is a lot of harassment that is not seen and a lot of that will make academics scared, they will say ‘I do not want to get involved, I will stay silent’. Because I am tenured and Oxford is a much more protected university, I feel I have to take the lead on this. Others are much more vulnerable and it may well be that they cannot get another job if they are accused on transphobia.”

Prof Stock said the student complaint system is used against her “quite regularly” for what are, in her view, “completely spurious complaints”, none of which have been upheld. But more fundamentally, she worries that the balance of power at British universities is changing with administrators now in charge rather than academics, and with far more pandering to the whims of students. The lifting of the cap on student numbers in 2015 meant universities could recruit as many students as they like and has led to fierce competition between institutions.

“Universities are looking for customers, they are all fighting for students,” she said. “They think students are really fired up about gender and so anything they can do to get the edge in terms of branding they will do.”

Prof Biggar, who has had students petitioning his department to get him sanctioned for his views on gender, said the complaints process is being “weaponised”. “The people making the complaints genuinely believe that any questioning of gender identity is an act of violence, and is threatening the lives of transgender people. From their point of view, it is right to complain.” Universities say they are obliged to investigate complaints, particularly in relation to discrimination and the equality act. But some academics argue that their institutions need to realise student complaints can be malicious and should not always be taken at face value.

‘Feminist’ is not a dirty word

Another worry for academics is the lack of support they feel they receive from their union, the University and College Union (UCU), which represents academic staff. At their last conference, a motion supporting academics who are harassed for their views on gender failed to pass. Professor Alice Sullivan, a sociologist at University College London who put forward to motion, said that this episode left UCU’s position “quite unclear”, adding: “The union needs to have a firm line about supporting acdemic freedom and staff who are harassed.”

For their critics, “Terf” – which stands for trans-exclusionary radical feminist – has become the de facto collective noun for gender critical academics. Last year, students at Bristol University backed proposals to ban Terfs from campus, while Jo Grady, the UCU general secretary, has previously made use of a “Terf-blocker” to ban a list of accounts on social media.

But academics who are labelled as Terfs reject the term. “Radical feminists bought us women wearing trousers, maternity leave, women’s rights in the workplace, the right to own property, to have a bank account, sexual rights and sexual freedom,” said Prof Freedman.

“It’s not a dirty word – but it is used in a pejorative way. The vast majority of those involved in the debate are not ‘trans-exclusionary’ or even radical feminists. The question is how do we protect sec-based rights that we fought for for hundreds of years, and how do we protect the rights of transgender people? The two are not mutually exclusive.”

The grown ups have left the building

Prof Stock described how the debate has become so charged, it sometimes feels as though “the grown ups have left the building.” “The organisations that you would expect would look after this – such as Stonewall – have turned into propaganda machines,” she said. “It has historically had a lot of difficult conversations and negotiated with different groups. They didn’t tell them what to think, just tried to show they had interests in common.”

Stonewall, the UK’s largest lesbian, gay, bisexual and transgender (LGBT) rights charity, supports transgender people being legally recognised based on how they self-identify, a stance that has led to bitter divisions within the charity and even the threat of a breakaway group forming. Prominent figures in the campaign for gay and lesbian rights over the past half a century, as well as leading feminists such as Julie Bindel, believe Stonewall’s stance is harming gay people and undermining women’s rights.

“Stonewall has supported the ‘no debate’ position and lesbians are really feeling thrown under the bus,” said Prof Sullivan. “People get so angry when you state basic biological facts. If you acknowledge that biological sex is real, you are called a bigot and a fascist. That is completely mad. It is very difficult to understand why it has all become so extreme.”

Lesbians are feeling thrown under the bus, according to Prof Alice Sullivan

Stonewall say that they “will always debate issues that enable us to further equality” but add that they will not “debate trans people’s rights to exist” because “this is not and will not ever be respectful”. They add that they are a “united movement” and are committed to achieving equality for all LGBT people.

Dr Jane Hamlin, president of the Beaumont Society, an organisation which supports transgender people, agreed that the debate has become strained at times. “I think people feel threatened and that’s the trouble,” she said. “People feel their right to exist is threatened, probably on both sides, and that perhaps makes people more aggressive. We do believe that people should treat us with respect and recognise that we are a vulnerable group. People who don’t think we should exist should do it in a reasoned argument, not just dismiss us out of hand.”

Universities have been praised by their staff for being proactive about putting systems in place to protect them from harassment and intimidation, but what might be more difficult, academics fear, is changing student perceptions.

“What is so sad is a lot of these students really do feel so fragile that if they see a tweet they don’t like, they think it actually does them harm,” Prof Biggs said. “They need to learn that listening to opposing arguments actually strengthens their own view of the world. There are views you will find obnoxious or abhorrent but that’s life in a liberal society.”