Do not become captive to hollow and deceptive philosophies 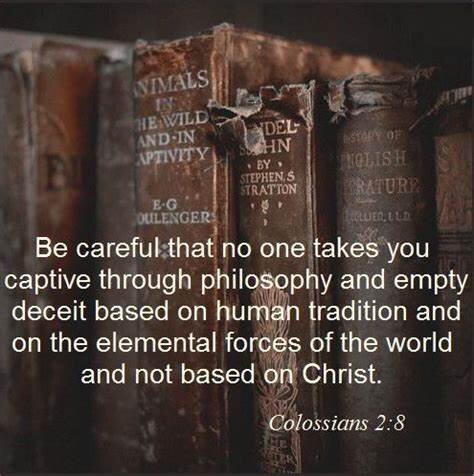 See to it that no one takes you captive

through hollow and deceptive philosophy,

which depends on human tradition

and the elemental spiritual forces of this world rather than on Christ.

We live in a generation where we are witness all kinds of hollow and deceptive philosophy. This is especially truth with regard to the family. The assumption that family would consist of mom, dad and children has been changing for decades. It seems that family as we have always known it to be is up for grabs.  It’s not in vogue. In fact the movement to change all definitions and designations of family has been pushing forward at an alarming pace and all in the name of inclusion.

The names mother & father are to be removed and groups of people are to become parents through ‘pre-conception parentage agreements’ with up to 4 unrelated and unmarried adults (Bill C-28).  Polyamory is considered the “consensual, ethical, and responsible non-monogamy.”   In Canada, there is a growing movement of people in “loving, emotionally-open, equal relationships that contain more than the traditional two people”[1] These relationships are known as polyamorous relationships, and can have groupings of one man with multiple female partners, or one woman with multiple male partners, or a group of all male or all female partners, or any combination of loving partners[2].

Over the years, studies[3] have detailed the many problems of introducing unrelated adults into children’s lives without the presence of married parents.  Children living in a household with an unrelated adult are more likely to be physically, sexually, or emotionally abused than children who are raised in an intact nuclear family.

I shared the following quotes in my book, Closing the Floodgates[1]  in 2017:

“Programs of the future will probe sexual expression with same-sex partners and even across generational lines. With a diminished sense of guilt, these patterns will become legitimate. And the emphasis on normality and abnormality will be much diminished with these future trends.[2]”

“It can be expected that when the boundaries around the nuclear family disappear, children will more readily accept emotional ties with adults other than their parents.[3]”

In books and articles on the topic of pedophilia published between 1979 and the early 1990s,  Professor Sandfort wrote that children as young as age 10 can be in consensual sexual relationships with adults decades older and should not always be labeled as “victims.[4]”  Mainstream and social media, activists and politicians now claim that all sexual expression is to be considered equally normal and good.

We have now entered a time in history where the prophet Isiah’s words (Isaiah 5:20) are being fulfilled.

Woe to those who call evil good, and good evil…

Are all families equal?  Are they all equally beneficial for the wellbeing of children?  .

According to scholarly study, the nuclear family has actually endured for many centuries. Families composed of married men and women along with their biological children have enriched both individuals and societies, and according to a wealth of social science data, this particular kinship structure remains superior to many of its rivals[1].

The protection of our most vulnerable (children) still matters.  Truth and biological reality still matter. What is in the best interests of our children still matter. How long are we going to allow deceptive philosophies to bring destruction.

← While the Shaking Happens There's No Escaping Reality - no matter how you spin it! →